Tony Calvin Tips: Sandhurst to relish the conditions at Chester 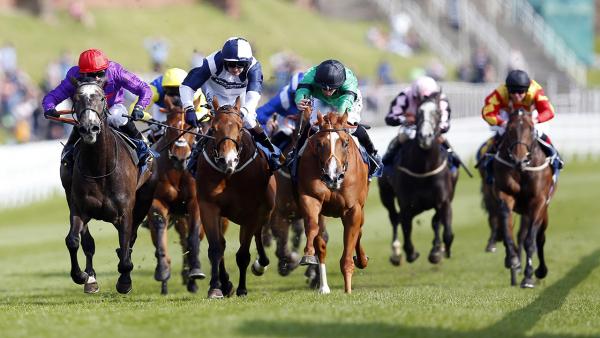 Tony Calvin turns his attention to the three-day Festival at Chester this week, where he believes one selection in particular stands out in the Chester Vase Stakes.

I thought it was going to be tricky to call how the ground will ride at Chester on Wednesday.

It was good to firm on Monday morning with plenty of rain scheduled, but they had a hefty 26mm during the day, and the going is now good to soft. Looking at the forecast, I think we have no option but to proceed on the basis of soft.

Which could lead to a few non-runners, I guess.

To be fair, betting at this track always leads to Groundhog Day copy, and I am not the biggest fan of punting here, anyway.

You either takes the unders about the well-drawn horses, or go for the overpriced runners on the outside stalls praying for luck, or sit on the fence and accept what are merely fair odds on those housed in the middle.

It’s the betting equivalent of snog, marry or avoid, or whatever it is that programme is called.

Most people tend to do all three in my experience, but I digress. Back to the racing.

As ever, this meeting kicks off with the Lily Agnes at 13:45, and I need no second invitation to ignore a 2yo race full of unexposed and lightly-raced youngsters (and a newcomer), let alone around one of tbe biggest draw biases in the country.

If any of these juveniles show a moment’s hesitation from the stalls, then they will have tripled in price within 50 yards of coming out of the stalls.

There are only seven runners, too, so each-way is no-go.

Navello will have to trap better than he has done to date to take maximum advantage of stall one, but I could spend all day writing here before coming to the inevitable conclusion of “No Bet.” These races rarely float my boat.

The Cheshire Oaks has an impressive roll call of winners of late, with Enable and Magic Wand on the scoresheet, and the 2019 winner Mehdaayih won a Group 2 and was second in a Nassau Stakes that year, too.

Whether we have a similar lurker in here at 14:15, is decidedly odds-against, but Fillies’ Mile fourth (just a neck behind the 1000 Guineas winner Mother Earth, and on soft ground, too) Dubai Fountain is clearly the standard-setter on form and her pedigree suggests she could kick on again over middle distances at three.

As is the case with every race, price is key here.

The superbly-bred Nicest (by American Pharaoh out of Chicquita) has an obvious chance, as she won a very strong maiden on her debut you have to mark her fifth in a Group 3 on her next start as I thought she was coming to win her race before the heavy ground may have claimed her.

Her dam handled very testing ground but she won her Irish Oaks on good to firm, and I think we will see a much better filly over this trip and on better ground (hopefully) than at the Curragh.

However, she is never going to be a filly the layers miss – and more so the unbeaten heavy ground winner Zeyaadah, even with her 3lb penalty – but the percentage players are surely looking to Dubai Fountain.

The problem was I wanted a shade more than 11/4 (the opening 7/2 was taken) given the potential ranged against her, and I was a bit surprised they didn’t take their chance in the 1000 Guineas with this filly, as she would have been one of the form horses going into that Classic.

And she may be troubled on the front end by La Jaconde and Quenelle D’Or, too,

There were only 11 in the 5f handicap at 14:45, at the five-day stage, so the field has held up pretty well to get a dead eight – watch those fixed-odds each way bets please, as it probably wouldn’t be the biggest shock in the world were the likes of Pacopash, for example, drawn eight and 5lb out of the handicap, to decline the invitation (though he is trained locally, I guess) – and inject some interest.

It was only passing as far as I was concerned though, even if First Company in two – he opened up at double figures on Monday, which was very fair – and Harmony Lil made most appeal.

If the fillies’ trial has not done too badly on the future Group 1 front, the same can definitely be said of the Chester Vase at 15:15, with Ruler Of The World going on to win at Epsom in 2013 and US Army Ranger and Sir Dragonet near-misses in the Derby after winning this race.

I struggle to see form horse Fancy Man – so impressive when winning over 1m at Haydock last season from recent Sandown Classic Trial winner Alenquer – staying and all betting roads predictably lead to Sir Lamorak after his devilishly-taking won over 1m2f at Leopardstown on his return. He was installed at 13/8 with the Betfair Sportsbook on Monday, and that was the best offer around. 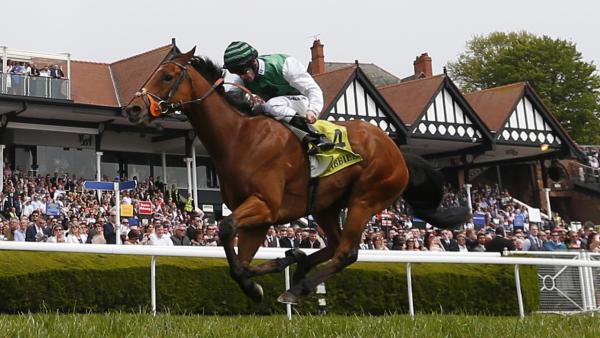 It was shades of Mohaafeth last weekend, in that his win came off a relatively low handicap mark in Group race terms – in his case, just 85 – but there was no mistaking the menace of the victory.

The layers think so too – and some punters, as the 13/8 was taken – so I’d actually favour stablemate Sandhurst at the prices, with the easing in the ground no hardship. We don’t know if that will be the case with Sir Lamorak., whose improvement came on decent ground at Leopardstown (though Timeform did call it good to soft that day).

Sandhurst, a Galileo colt, needed all of the 7f on heavy ground to win his maiden at Gowran Park last season – it looks like that race came in a good time and the form worked out okay too, with the winner taking a Group 3 on his next start and finishing second in the Ballysax on his return – and he found it happening all a touch too quickly when sixth on a quick surface in the Craven.

This trip is more in keeping with pedigree (though the dam was a sprinter, we know what a stamina influence his sire is; indeed the stable’s Queen’s Vase winner Aloft was by Galileo out of a pure 5f speedster) and I quite liked the way he shaped at Newmarket, albeit he never did anything too rapid there at any stage. Frankie was at it him from the off and he just looks a middle-distance colt, all over.

First-time cheekpieces is also a fair shout for a horse that needs to travel a bit more kindly for his jockey, especially around here (the dam improved for blinkers and a visor, as did his half-brother Washington DC for the former) and a certain Ruler Of The World won this race by 6 lengths in that initial headgear. That is of course not at all relevant but I’d thought I would mention it.

Back him win-only at 12/1 with the Betfair Sportsbook – he is a similar price on the exchange – to small stakes on the quietest of punting days; in fact I predict a low-key betting week at Chester. Any 10/1 or bigger is fine.

Given the way, Aidan’s horses have been running in the UK this season, the 1000 Guineas aside, we can expect him to be a lot sharper for the Newmarket run.

I may well also play him on the exchange’s each way and place-only markets when they are loaded later – the dead-eight could quickly become the less-than-magnificent seven (and fewer) with the changing ground – for all there is the possibility he could be in here as a pace angle for the favourite, though those duties look set to fall to San Martino.

I was rather hoping the last televised race at Chester wasn’t another sprint handicap, but 23 became 12 after the final decs in the 15:45, so at least it is a bit more manageable.

I’d have a bigger hooter than Pinocchio (or that bloke from Line Of Duty) if I said I had any interest in having a bet in a 3yo 6f handicap around here, though.

ITV have a policy of spreading the love when it comes to broadcasting races from the smaller tracks, but they are surely pushing it by sticking on a race at Newton Abbot in the middle of the Flat season.

Only joking, jumps boys, especially as the 2m5f handicap chase at 14:30,
may even be the most attractive punting race on the ITV4 roster on Wednesday for many, given Chester is a marmite track.

It will be interesting to see how the course takes any more rain as they have stuck on 50mm in the last week, and the ground was already described as good on Monday, so it may not take a great deal to see it edge towards good to soft and beyond.

It is now good (good to soft in places) after 7mm of rain but I have been saved a further weather watch though, as the nine-runner handicap hasn’t thrown up anything approaching a bet to me.