Today’s Racing News: Ascot delivers while Haydock is in the gift-giving business 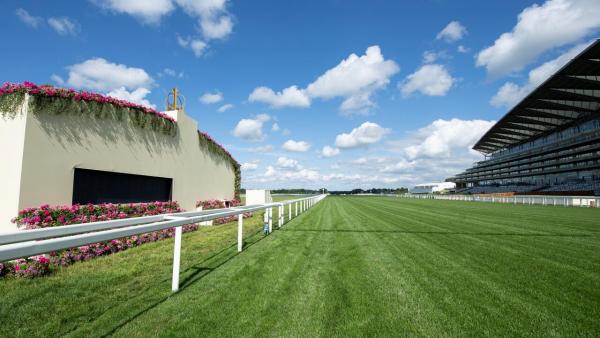 Daryl Carter welcomes you to Thursday, takes a sneak peek at the Royal Ascot declarations, gives an overview of Betfair’s Newbury card and heads to Haydock for the race of the day…

Action everywhere as things start to heat up towards the weekend and into next week, so if you need a rest – I’m sorry, you should have had it yesterday!

Lather me in oil and call me Lucy. These five-day decs have got me sweaty under the collar, so with Royal Ascot now in full view, it’s worth examining the notable entries and the no-shows that were released yesterday.

The Revenant 8/1 was scratched from the 14:30 Queen Anne, while Palace Pier remains a strong favourite for the race at 1/2 and heads the 12 entries, including Breeders’ Cup Mile winner Order Of Australia.

Breeders’ Cup Turf Spring winner and 4/1 chance ante-post Glass Slippers was a notable no show amongst the 16 entries for the 15:40 King’s Stand Stakes leaving Battaash 15/8 at the top of the market, and he will make his first start of the season in the race.

16:20 St James’s Palace Stakes saw most of the field stand their ground with 15 entries for Group One over 1m. Poetic Flare 10/3 is your current market leader. Naval Crown was a notable absentee with his target, the Jersey Stakes over 7f.

The US raiders on day one include Wesley Ward’s filly Kaufymaker 3/1, in the 15:05 Coventry Stakes, and American trainer Brendan P Walsh saddles Extravagant Kid 10/1 in the 15:40 Kings Stand.

The 17:35 Wolferton Stakes won by John Gosden four times in the last ten years has attracted 18 entries, including Faisal 8/1 and Forest Of Dean 8/1 for Gosden with Frankie Dettori booked on the latter.

The staying handicaps, the 17:00 Ascot Stakes, and the 18:10 Copper Horse Stakes have attracted a total of 102 entries for the two races – I will be damned if I am hunting out value through those just yet!

Wednesday’s five-day decs are out today at 11 am!

Timeform is waxing lyrical about a 9/4 shot in Ireland 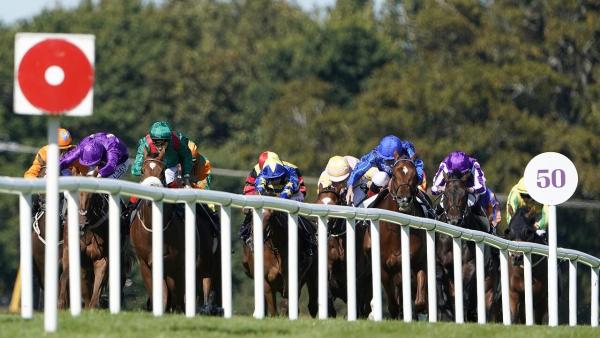 The Timeform team have been notching up the winners for us, and today take a trip across the Irish Sea to Leopardstown.

Read what the team has to say here.

It’s a cracking day of action at Newbury, in which Betfair sponsor the entire card, so let’s shed some more light on a couple of the races.

There are plenty of unexposed types on offer including in the 13:45 Betfair British EBF Fillies’ Novice Stakes. At A Pinch, who has had her two career runs here at Newbury, did too much too soon on her latest outing, and she wasn’t beaten all that far by a useful horse in Eshaada rated 99.

14:55 Betfair British EBF Stakes is the feature race of the day, and Creative Flair, who sports the first time hood and steps up in trip, is the one to beat. Her form looks rock solid, and she should be improving with the trip move indeed in her favour.

15:30 “My Oddsboost” On Betfair Handicap Gin Palace looks like the form horse in this one, but the exciting Itkaann is open to further improvement and should be able to get the better of the favourite with a strong finish.

Sir Michael Stoute’s Zikany is a typical improver for the yard and looks just the type to rack up a sequence and heads the market in the 16:40 Read Ryan Moore On betting.betfair Handicap.

Reina Del Mar looks the right second fav and is sure to improve for the trip – perhaps worth chancing?

An excellent card overall and well worth keeping an eye on the markets that have already been volatile this morning.

Race of the day

Lots of action to choose from today, but with Newbury covered above, it’s worth looking at Haydock’s 19:30 Lyme Wood Handicap.

Thibaan put in a good shift at Newcastle last time, and that track is becoming a favourite of his. However, he’s up 5lbs for finishing second to one that made his reappearance, and now back on turf, he could prove vulnerable.

He could have more to offer given his connections, but he is starting to look poorly treated and can be left alone.

Idoapologise looks to have been gifted a great opportunity to get his head in front eight days on from his excellent Ayr performance. He proved he is no one track horse with that run, did the best of those held-up in a slowly run race, and is off the same handicap mark. Indeed, he has more to offer, so he carries my cash – and a good bit of it!

Caradoc is a likeable type but has needed the run first time out for the past couple of years, and it may be the case again as he is usually seen over further than this. He may still be fit enough to follow home Idoapologise, however.

Our daily tipster Rhys Williams continues to bring us his value selections and hopes for a commanding victory at Newbury.

Stat of the day 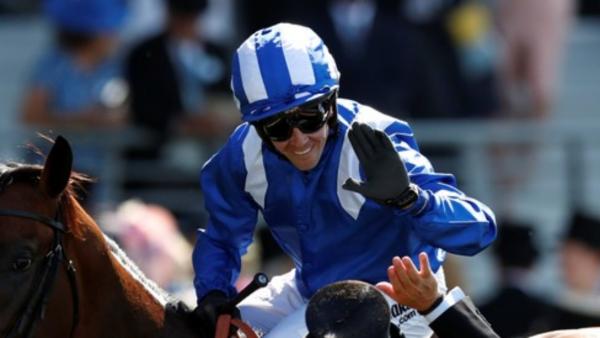 Backing jockey Jim Crowley blind at Newbury over the last five years would have yielded a profit of £50.72. Jim Crowley’s rides today include big market mover Limited 13:15 Newbury for John Butler for who he is two from three.

Money talk continues to bring you market movers from across today’s cards.

Deadly Dudman is out to earn for thirsty Thursday

I must say Al Dudman has certainly impressed me with his double-up ability. Betfair is brave, boosting his selections each day. Today’s is 22/1!

Short and sweet today, just to say we are blessed to have such quality of racing to look forward to next week!

I can’t wait, who is your best bet of the week at Royal Ascot? Let me know on Twitter.