Ryan Moore: Magic Wand my best chance of a winner on the World Cup card 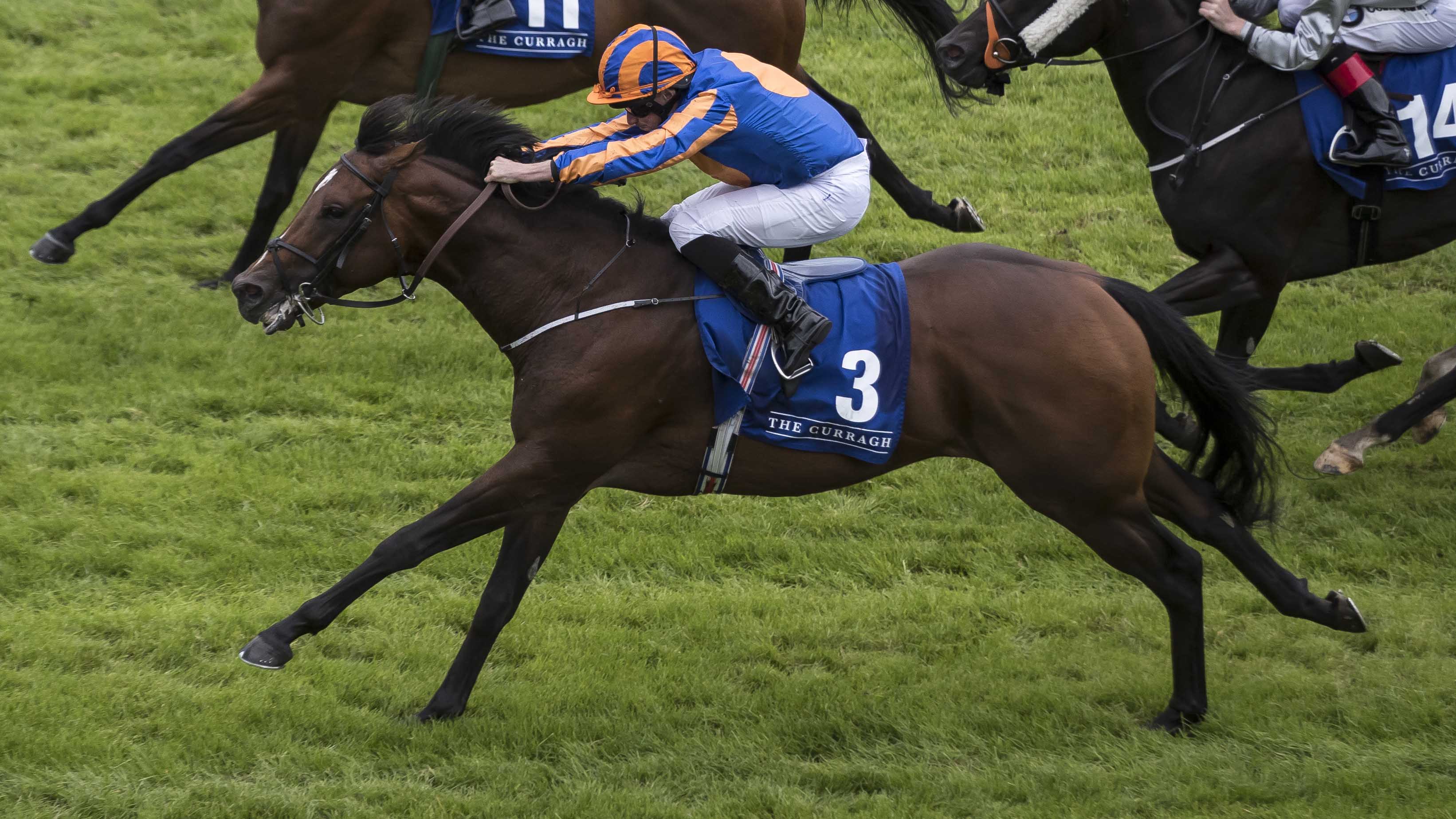 Heavy Metal a threat to Muntazah

Muntazah looks the obvious favourite after seemingly much-improved, wide-margin wins here and he looks the one to beat, but Heavy Metal, well beaten behind him last time, could well get a lot closer if getting on the lead from stall five. I rode him when he made all to beat Muntazah in this race last season, and he clearly has leading claims if leaving his recent modest form behind and returning to his 2018 level.

But there are one of two others you can give a shout to in here as well, notably Todd Pletcher’s Coal Front, but he has his work cut out from his wide draw.

Each-way claims for my Mount

I see the betting primarily has it between the Godolphin pair of Melbourne Cup-winner Cross Counter – he was probably as impressive a winner of that race as you will see – and Ispolini, who made big strides here earlier in the year, and that is probably a fair enough assessment.

But my horse has each-way chances if putting his best foot forward. He was in very good nick in the early stages of 2018, when he showed a level of form up to 1m4f which would arguably make him the one to beat in here, although he hasn’t run up to that level in recent starts. I rode him for the first time over 1m2f in Grade 1 company at Sha Tin last month, where he got outpaced and certainly gave me the impression that a step up in trip would suit.

Whether he can last home over 2m is another question – he has yet to go beyond 1m4f, as that is the maximum distance they race over in Hong Kong – but he is definitely not without a chance if he does. I think he could hit the board at a price. One who will relish the trip is Cadran winner Call The Wind, who ran really well under a penalty over a clearly inadequate trip when second over an extended 1m1f at Chantilly earlier in the month. The winner, Trais Fluors, looks a fair horse and he was giving him 6lb there.

Any progression gives my ride a chance

Blue Point is clearly the one to beat if he is on his A-game, and he has looked very good in two wins here of late. He’s a proven Group 1 horse who has impressed me. But he is not taking on mugs, so he perhaps he has a bit more on his plate than his odds-on price suggests.

Lost Treasure clearly has 7lb or so to find with him, but this is just his tenth start and he is not out of this if he has progressed well from three to four. He won first-time-out last season and the pick of his subsequent efforts, such as his close fifth in the Abbaye – and he had a very busy end to the season after a late start in August – do not make him look out of place in this line-up, for all he needs to post a career-best to get among the best in here and he does take a bit of knowing.

Stormy Liberal is a solid US horse and a couple of Aussies, Viddora and Brave Smash, have chances at their best. If you are looking for one at a price then Wishful Thinker could fit the bill. I think the straight 6f could suit him, and he has looked very good this year.

We have had a bit of success in this race, including with Mendelssohn last year, but Van Beethoven clearly doesn’t hold such obviously strong claims going into the race. He ran a series of good races on turf last season though, winning his Group 2 and rounding off his season with a fourth in the Champagne Stakes, before missing out on an intended start in the Turf Sprint at Churchill. He has had the benefit of an outing at Dundalk over 1m earlier in the month, and he is a Scat Daddy and certainly has a dirt pedigree. The longer trip is an unknown but his run-style and breeding suggests it should be within his compass. Again, he will need to up his game to be winning this but it’s entirely possible that he could be very well suited to this different test for him, although the draw in 11 is a negative, on paper at least.

I think Divine Image is the one to beat but there are a lot of ordinary horses in here, and I would say that my horse is the equal of most of these in terms of talent, for all he has questions to answer.

Three can win this

Now that Roy H is out lame, I think this is quite straightforward, in that this is between Imperial Hint, X Y Jet and Promises Fulfilled. Any of the three can win, though.

Almond Eye will be a tough nut to crack

There are a number of obvious and deserved favourites on this card, and Almond Eye is probably chief among them. She was brilliant last season, rounding off her campaign with a Japan Cup success, and she will prove very hard to beat if reproducing that form, for all she has some worthy enough opponents ranged against her. She brings some of the best form in the world into this race. She has done her recent winning from 1m2f to 1m4f, but I wouldn’t be too concerned by her stepping down to 1m1f, as she is a Lord Kanaloa, is straightforward and has a fair enough draw in seven. The Japanese have won this race three times in recent years – they also have high-class pair of the 2017 winner Vivlos and Deidre, who probably should have won in Hong Kong in December, in here – and she looks another outstanding contender.

But horses run below form, and it isn’t as if the filly has a stone and more in hand of this field. I Can Fly finally showed the Group 1 ability she was thought to possess earlier on in the season when just touched off by Roaring Lion on testing ground in the QEII at Ascot in October and, although the winner wasn’t at his best, our filly still had a host of top-grade performers trailing in behind her there. She did it as well as she was entitled to on form when winning for me at Dundalk earlier this month, and her pedigree suggests she could will see out this 1m1f well enough, as this is effectively her first beyond 1m, because she clearly didn’t run her race in the Oaks. She comes here in good shape. You have to say this is one tough task for her, though – a midfield draw might not make it easy for my filly – and the recent Jebel Hatta 1-2 of Dream Castle and Wootton are other obvious potential beneficiaries if the favourite does underperform. 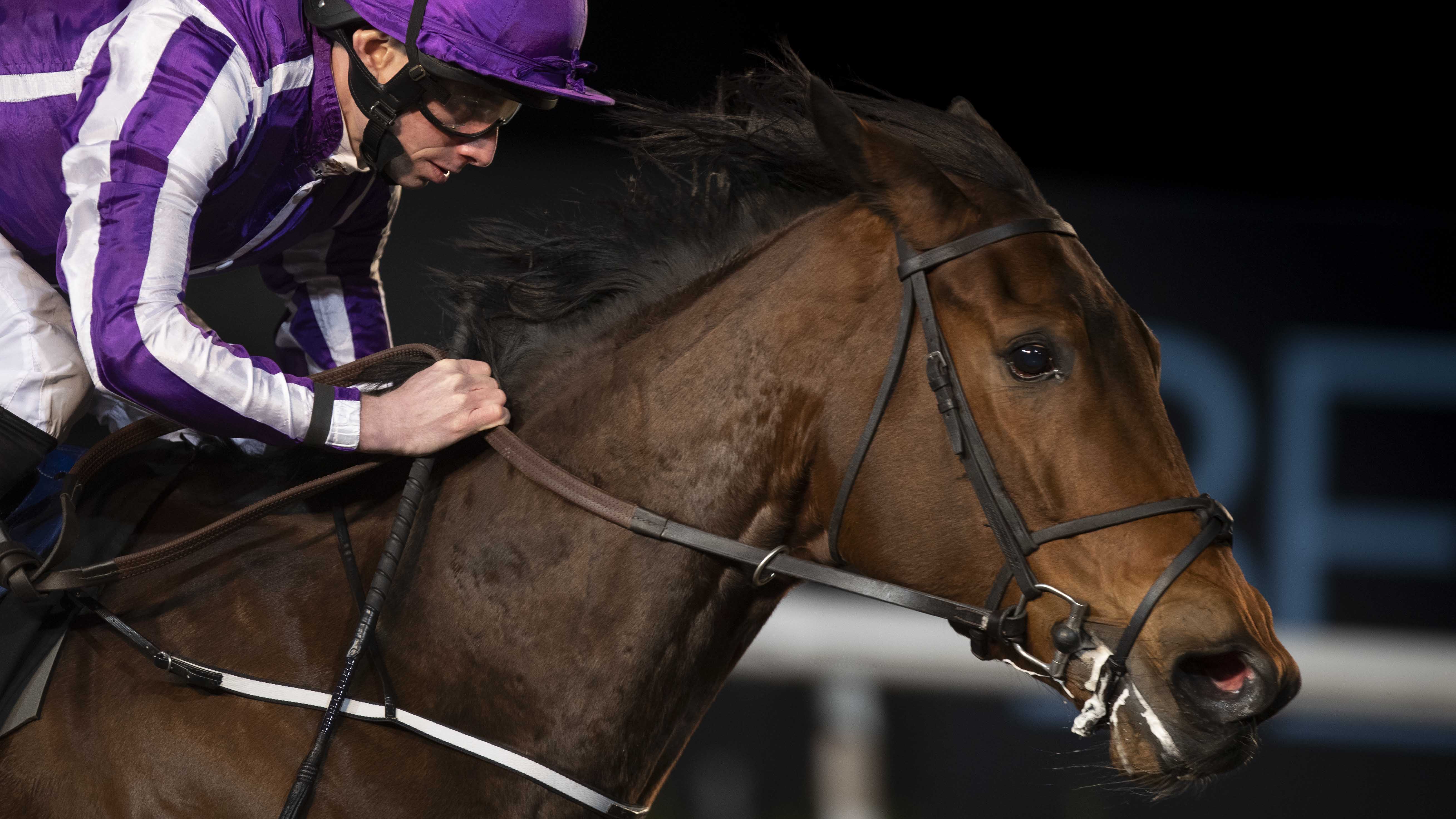 Dream Castle has looked very good of late and he is finally fulfilling the potential he showed as a three-year-old, so I would expect him to confirm the form with Wootton. Of the others, Without Parole is not out of it on his St James’s Palace win, but he obviously didn’t progress as expected from there.

I am happy enough with her draw in three and she is probably my best chance of a winner on the night, although the Japanese again have a very strong hold on the race with three good chances, while Voltigeur and recent course winner Old Persian looks to hold a fair claim, too, for all that I think he needs to step up a good deal on the form he showed in beating Racing History narrowly last time.

But my filly is a pretty potent force herself when getting 1m4f and decent ground, as her Group 1 efforts at home and abroad showed last season, and she probably ran above expectations over a 1m1f110yd trip well short of her best when second to a progressive horse in Bricks and Mortar at Gulfstream back in January. She wouldn’t want any more rain; we saw how good she was in the Ribblesdale on fast ground when beating Wild Illusion.

If you are looking for a form horse going into the race then you are probably focusing on Rey De Doro – and I do think he is the most likely winner. He was only fourth in this last year, but he showed his true colours when going on to win the Tenno Sho, and he probably should have won the Arima Kinen too. But it’s a pretty open and winnable Group 1 for the money on offer. I like to think I would have each-way claims, and perhaps a fair shot at something better, with a decent draw in three. But it is a tough race to call, for all that there are only eight runners. Cheval Grand isn’t getting any younger as a 7yo but he’s still a high-class performer and while Suave Richard is not the most consistent and this trip may not be his optimum, he is very talented.

North America or Capezzano would be my World Cup bet

I wouldn’t have a strong opinion on the Dubai World Cup either – it looks an ordinary race this year, with the Americans represented by second-tier horses, and the Sheema Classic and Dubai Turf look far stronger contests – but Thunder Snow’s chances have not been improved by being drawn 12. I think he is the most talented horse in the race, though. North America blew out in this race last season when missing the break, but he must have a leading chance if getting away more sprightly this time from three, and he or Capezzano could be the pick from their low draws. I have no idea where the recent improvement in Capezzano has come from but he and North America look to have strong form claims, but both like to go forward and they could compromise each other’s chances if getting into a battle on the front end.