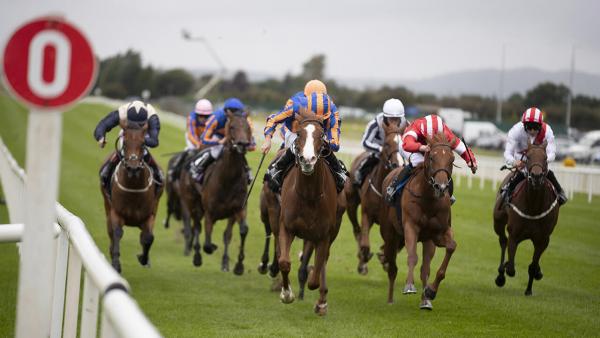 There are the small matter of 12 ante-post races priced up on the Betfair Sportsbook this weekend – from Epsom on Saturday, and Sandown and Haydock a day later – so it makes sense to look a fresh look outside of the Derby, where I hopefully made an each-way case of sorts for 33/1 chance Mohican Heights on Monday.

The market has come slightly in our favour there anyway, for the moment at least, so I am hopeful we have a solid win and place bet.
By the way, it was no big shock to see English King drift to around 3/1 on the exchange on Tuesday.

I won’t look at all the dozen contests here, as I have to keep some of my powder dry for fresh tips later in the week – the temptation is always to keep the faith with any ante-post picks, come what may, and that can be unhealthy and unprofitable – but I will give the ones that caught my eye a fair spin.

The Trader once again on the radar

The first race on the Epsom card that really interested me was the 1m2f handicap (3pm) and there is no surprise to see Desert Icon dominating the 21-runner handicap at 3/1 considering how well he won at Newmarket on Sunday.

He carries just a 6lb penalty for that 8½-length win, but he got an easy time on the front end that day, in a much weaker race than this, so he is surely one to take on.

There have been some nibbles for Caradoc already but The Trader was the one that really interested me, until I saw he was also entered, and jocked up, over 1m4f at Haydock on Sunday.

If he were mine I would be heading to Epsom over 1m2f all day long.

I ended up being a bit too familiar with The Trader last season after what was a very encouraging second in this race last year, and it cost me dear as he didn’t win in eight subsequent starts in 2019.

There looked to be a physical problem on occasions but he looked in rude health when getting on the fair rail and making all over 1m4f at Newmarket on his return, and I am convinced he remains well treated off a 6lb higher mark here.

But I would prefer to see him stepped back to 1m2f as he takes on a better class of rival. But it is all irrelevant as he is double-entered, and Haydock is presumably the preferred port of call, so this is a handicap to leave alone until Thursday’s declarations.

Front two make the market in The Oaks

The Oaks (3.40pm) take pride of place alongside the Derby at Epsom of course, and Love and Frankly Darling take out a huge percentage of the fixed-odds market at 5/4 and 2/1 respectively.

Even allowing for the fact that the form hasn’t really worked out, Love is the clear form horse on her spread-eagling of the 1,000 Guineas field, and she was always primarily thought of as an Oaks filly, too.

However, she is no shoo-in here given the way the Newmarket form has fallen apart – though the sixth, Under The Stars, has won a Listed race since – and the nearer this race has got the more vulnerable she has become in my eyes, despite the shortening price.

After Newmarket, I thought she would simply win at Epsom, but that is no longer the case.

And, of course, she faces a whole host of more lightly-raced improvers who have shown their hand since. Well, not a whole host, but a few.

She was a bit of a buzz horse before making her reappearance at Newcastle on the first day back after lockdown, and she made a big splash when beating a fancied, and well-backed, rival by five lengths in a maiden that day.

I was amazed that a few bookmakers (including the Betfair Sportsbook) kept her unchanged at 25/1 after that win, so I luckily got involved at all rates down from 25s to 16s each-way in the hour or so after the contest, and I was clearly delighted by her smooth Ribblesdale win.

However, I admit to having already laid back my win part of the bets at [3.55] on the exchange – she is [3.25] to lay as I write, so I stepped in too early on Monday night, it seems – as I just feel she has got too short now.

And I wouldn’t be entirely certain that she will confirm the Ascot form with the runner-up Ennistymon, given the way that filly finished off her race from well off the pace, and she was backing up at Ascot just seven days after her maiden win, too.

I think Ennistymon is a real each way player at 6/1+ – I am guessing the 10s in the marketplace will soon disappear on Tuesday afternoon, if it hasn’t already by the time you read this (the Sportsbook rightly went 6s from 8s after the Peaceful news) – perhaps more so than her Irish 1,000 Guineas-winning stablemate Peaceful, as this race clearly does lack depth in numbers, and maybe quality, too.

Indeed, Aidan O’Brien indicated on Tuesday afternoon that Peaceful was more likely to go to the French Oaks this weekend than Epsom, so that explains why Frankly Darling (and Love) have shortened up!

If you wanted a real left-field filly at five times the price on the exchange then Oriental Mystique at [60.0] is probably the one for you.

She is rated only 88, and is officially only superior to potential pacemaker Tiempo Vuela, but she could be a shortener if we get more rain than is currently expected at Epsom, and we all know that is very possible given our forecasters. Thursday looks quite wet.

She had a certain English King behind her when fourth in soft ground at Newmarket on her debut, and then she went on to win at Kempton in very taking style from a couple of decent sorts in Declared Interest and Dubai Love. The latter is now rated 103 and is one of her 10 rivals in here.

Oriental Mystique’s reappearance fifth over 1m2f at Newbury was admittedly underwhelming and she looked a very awkward ride there too, hanging and looking none too keen up the straight.

However, she was detached down the centre of the track and she did knuckle down better late on, and we all know how slowly her stable has started the season.

She clearly has to leave that form lights years behind to even get competitive here and, being a Kingman, this 1m4f trip is no gimme.

But she is out of the Group 1 1m4f-winning mudlark Madame Chiang, and it is interesting that connections go down the big girls’ route instead of the handicap-then-black type path with a filly rated just 88.

And it is hardly as if the owner simply wants a day out and a couple of free tickets, is it? Jim Crowley is already jocked up, so you have to think she is an intended runner.

Again, I have to wait til Friday to see how the ground stands, but I have her in my sights if it gets soft.

Regal Reality could be the Eclipse EW value

We definitely have to take a look at the Coral-Eclipse here, which looks a real humdinger here even in the absence of the three-year-olds.

It is 6/5 Enable versus 11/4 Ghaiyyath on the Betfair Sportsbook, where I am surprised to see (in common with most other books) three places being offered given only eight are in the race.

Hopefully, all eight do go to post though, as I imagine Japan, Lord North, Deirdre and Regal Reality will all have their each-way supporters.

At the moment though, it is nothing doing here, though Regal Reality could be of interest at 25/1+ each way if the ground was decent on Sunday.

There is also some great handicap action at Haydock on the Sabbath.

However, as is always the case it seems with the track, it is currently soft ground with a pretty wet forecast to come. That place is cursed!

Heavy ground looks a possibility then, so I would wait until much nearer the time before getting involved here, too.

It’s always frustrating looking at races and not coming up with a bet, but I would rather do that than force one for the sake of it.

Back on Friday and Saturday for some superb racing.